Akademi’s 40th anniversary year is now in full swing with many exciting events happening at major London venues such as the British Museum, Southbank Centre and Rich Mix. An overview of this year’s programme can be found in our recent press release.

“2019 sees game-changing South Asian dance organisation Akademi marking its 40th anniversary with a series of celebratory events running from May 2019 to April 2020.

Akademi embraces South Asian dance in all its forms – classical, contemporary, commercial and social – commissioning, creating and supporting it. Its work over the past 40 years is an expression of the UK’s increasingly diverse society. Now a truly British artform, South Asian dance is woven into the tapestry of our culture. Many artists who were presented by Akademi in the early days of their careers are now part of the cultural mainstream. 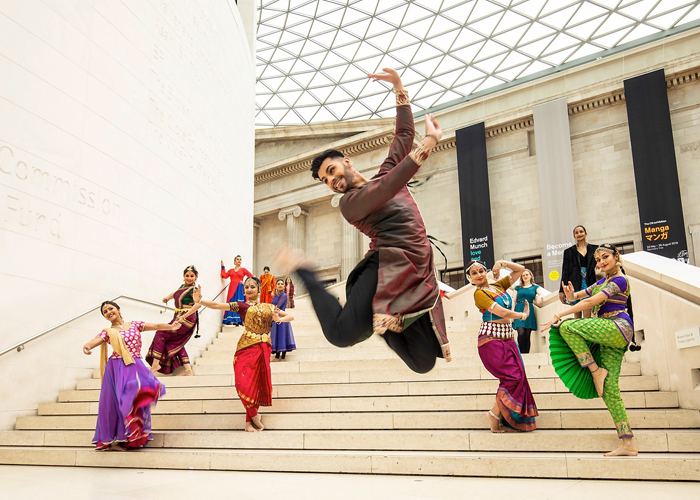 Founded by Tara Rajkumar, Akademi’s patrons and trustees have included Pandit Ravi Shankar, Dame Alicia Markova, Anish Kapoor and Anoushka Shankar. Over the years, it has presented hundreds of performances including large-scale productions at locations including the Houses of Parliament, Trafalgar Square, the Southbank Centre and more. Its recent dance theatre piece on World War I, The Troth, received international acclaim. For over three decades, Akademi has pioneered projects in education and community settings, providing workshops for young people including those with special educational needs along with a health and wellbeing programme for older adults living with dementia and heart and lung diseases.”