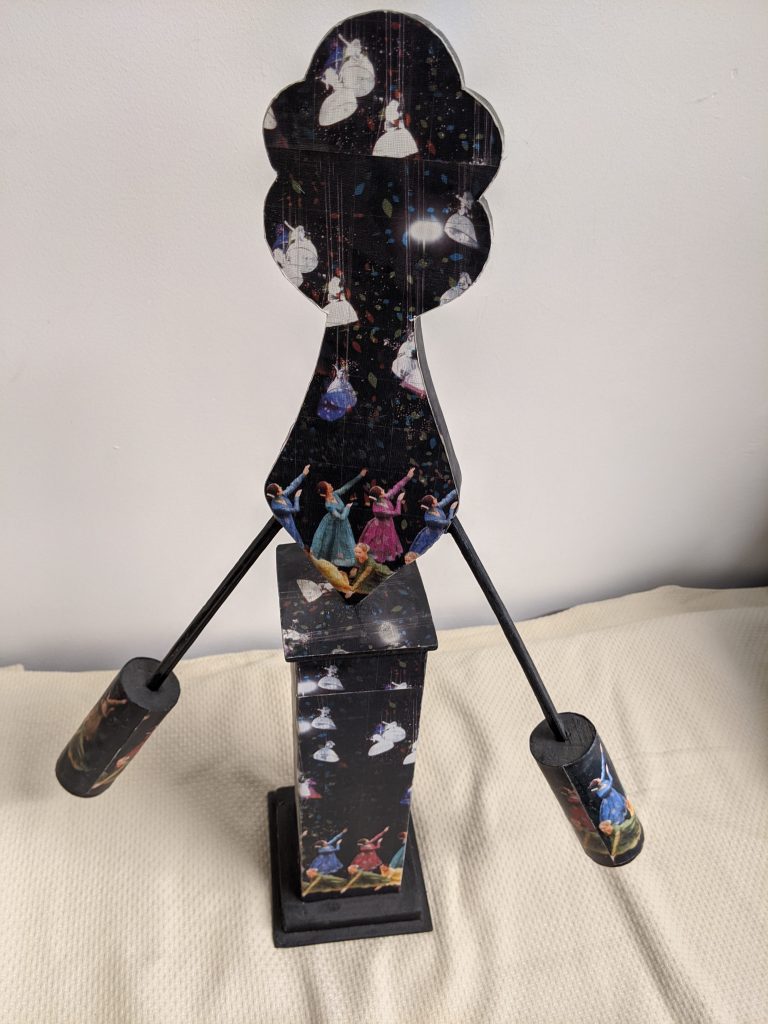 A two-part object consisting of a rectangular tower, and a weighted pivot. The object is covered with promotional material from the Bells production, featuring images of dancers. When prodded and pushed, the weighted pivot tips from side to side like a pendulum until it adjusts back into equilibrium.

The sculpture was made by artist Naresh Kapuria in response to Akademi’s production of Bells in 2007. He repurposed flyers from the show into sculptures for exhibition in the Nehru Centre. He incorporated choreographic ideas from the production into this sculpture.

Bells was originally created as collaboration between Kathak dance artists and flying aerialists from Theatre Tol, a Belgian performing arts company known for its street theatre. Bells was commissioned by the Mayor of London to be performed at The Trafalgar Square Festival on 10 August 2007. Since then it has toured several prestigious venues such as National Theatre and Showtimes 2012 as part of London Olympics celebrations.

Find out more about the production