Akademi Chronicles ‹ The world around us ‹ Shifting Footprints 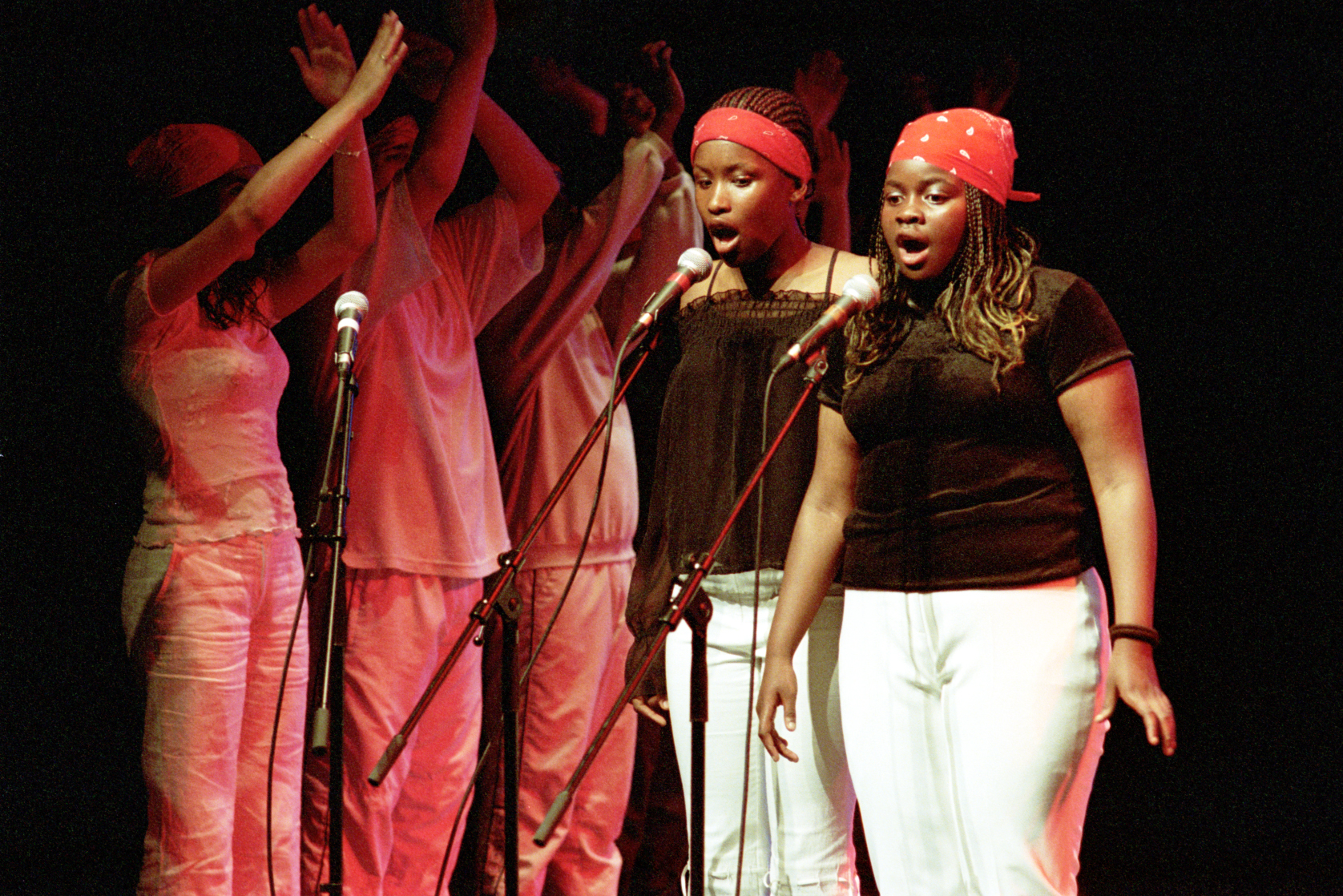 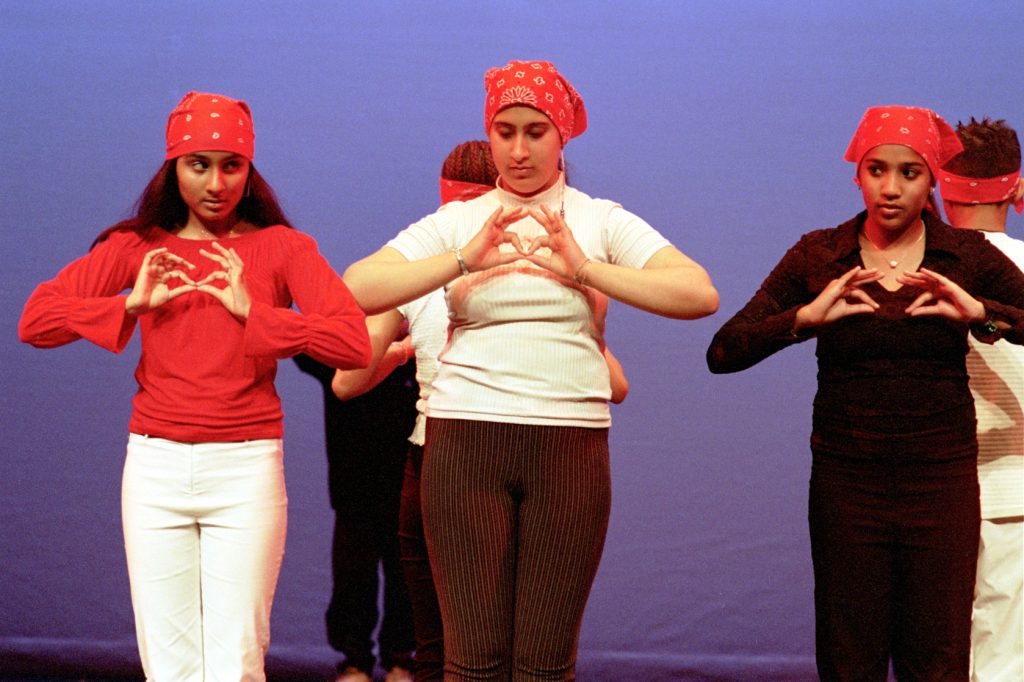 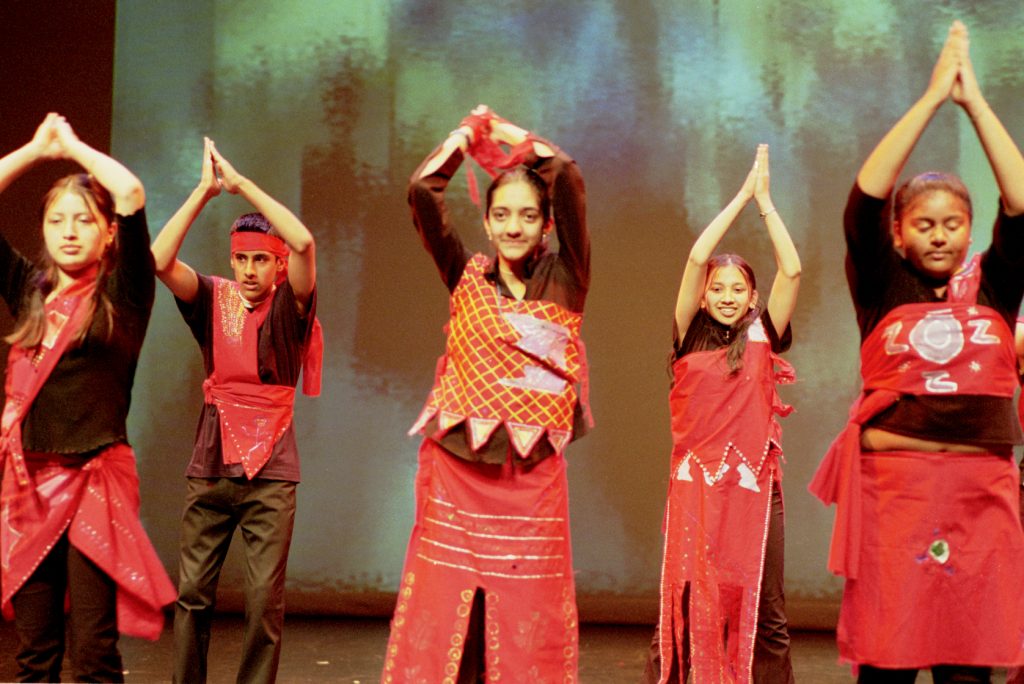 Shifting Footprints was a performance that developed principally out of an Akademi project, Migrations, looking at issues to do with refuge and refugees. It was a culmination of 4 weeks of intensive workshops with some of Akademi’s top artists working in Newham with Little Ilford School, Gainsborough Primary School, Lister Community School and Eastlea Community School.

Artists spent a week in each school developing, creating and producing multi-media dance pieces together with the participants. The different art forms incorporated were used as a medium to explore such issues as refuge and refugees, journeys and identity. The young people were responsible for the creation of all the material, both in the displays and on the stage. Shifting Footprints brought together 2 major projects, organised and managed by Akademi in partnership with Newham Education Refugee Team and Newham EAZ.

Video – ‘How many goodbyes do you know?’ 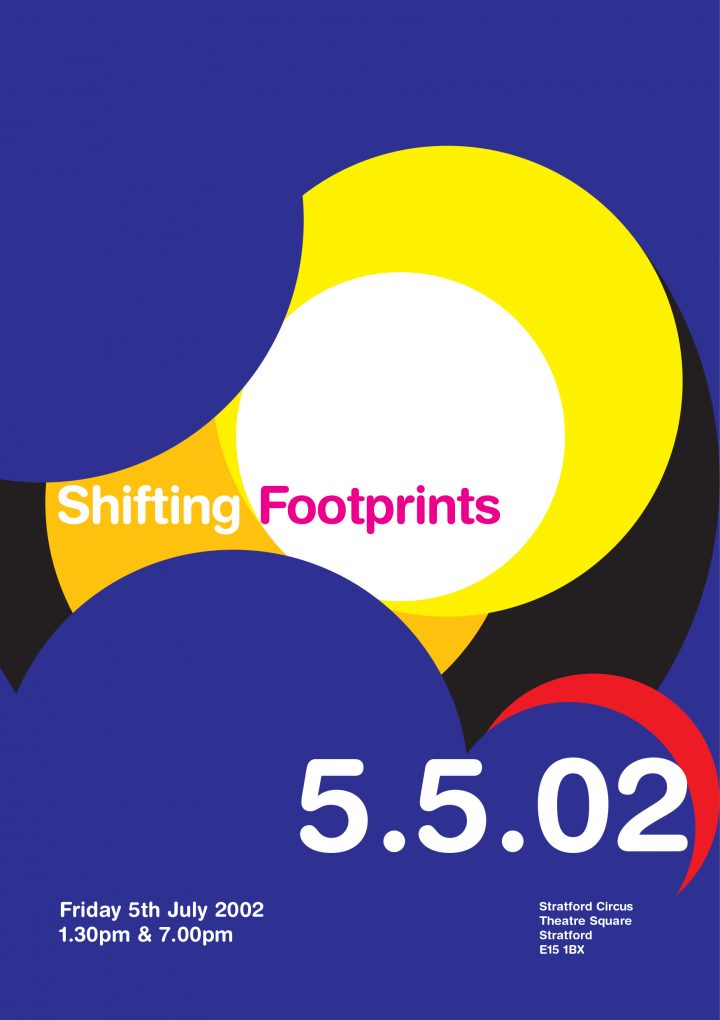 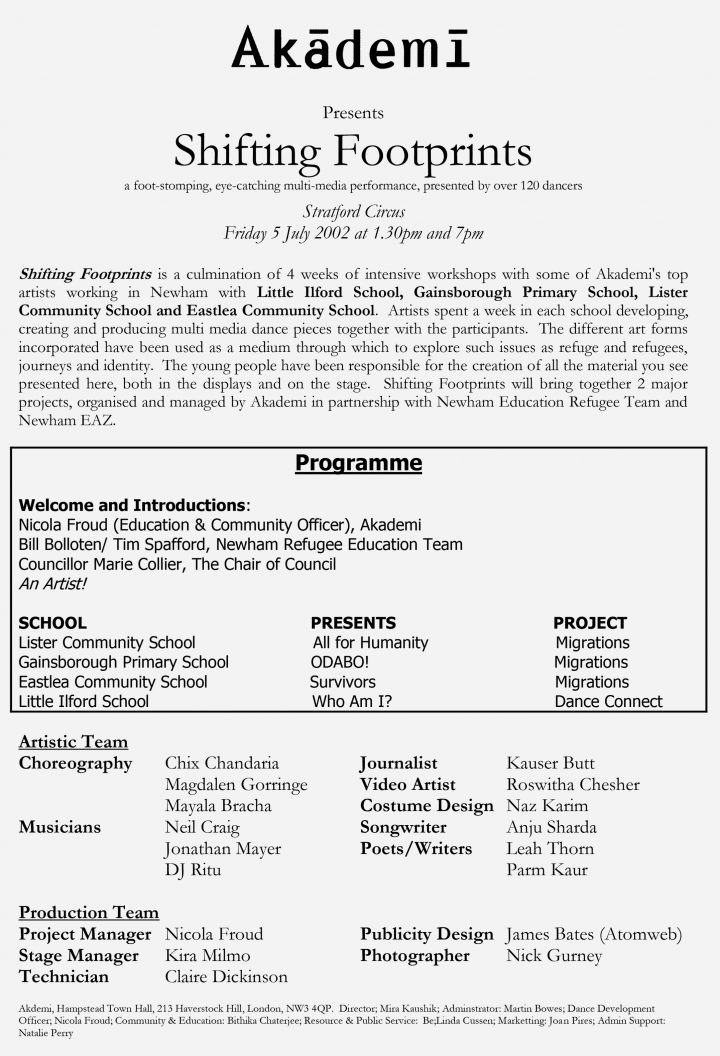 Collections — The world around us