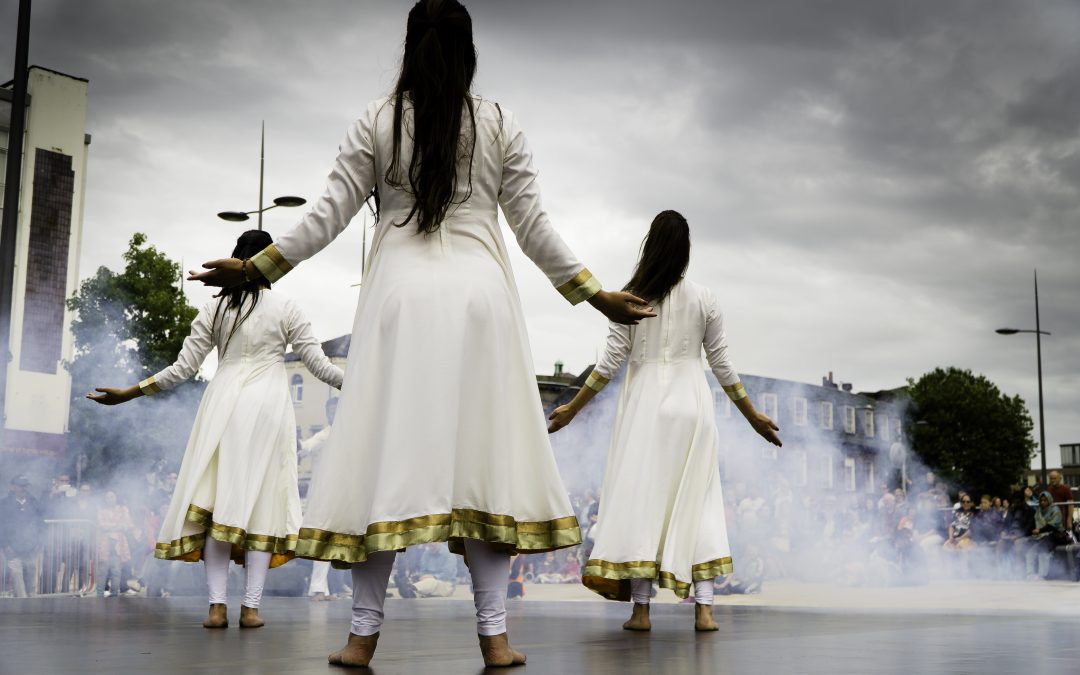 Akademi’s longest touring and much celebrated show goes to Preston for a performance during the Lancaster Encounter Festival.

Lancashire Encounter Festival celebrates the breadth of the County’s diverse culture. Lancashire Encounter, since its inception in 2015, has seen an array of spectacular performances, inspiring arts and impressive music, drawing in 43,000 attendees in 2016.

This year they will be presenting Akademi’s Sufi:Zen on 23 September at 3pm. Sufi:Zen will bring together the stillness of Zen meditation and the rapturous motion of Sufi Dervishes. Sufi:Zen is a journey to the divine, inspired by the 13th century poet Rumi, executed through a fusion of Kathak, Japanese Butoh and contemporary dance.

The Lancashire Encounter Festival is a member of the Without Walls Associate Touring Network. Without Walls is the UK’s largest commissioner of outdoor arts shows, taking inspiring new work to audiences all over the country and beyond. For more information visit Without Walls.