Suhani Dhanki | Sharanagati – At the feet of the Gods… 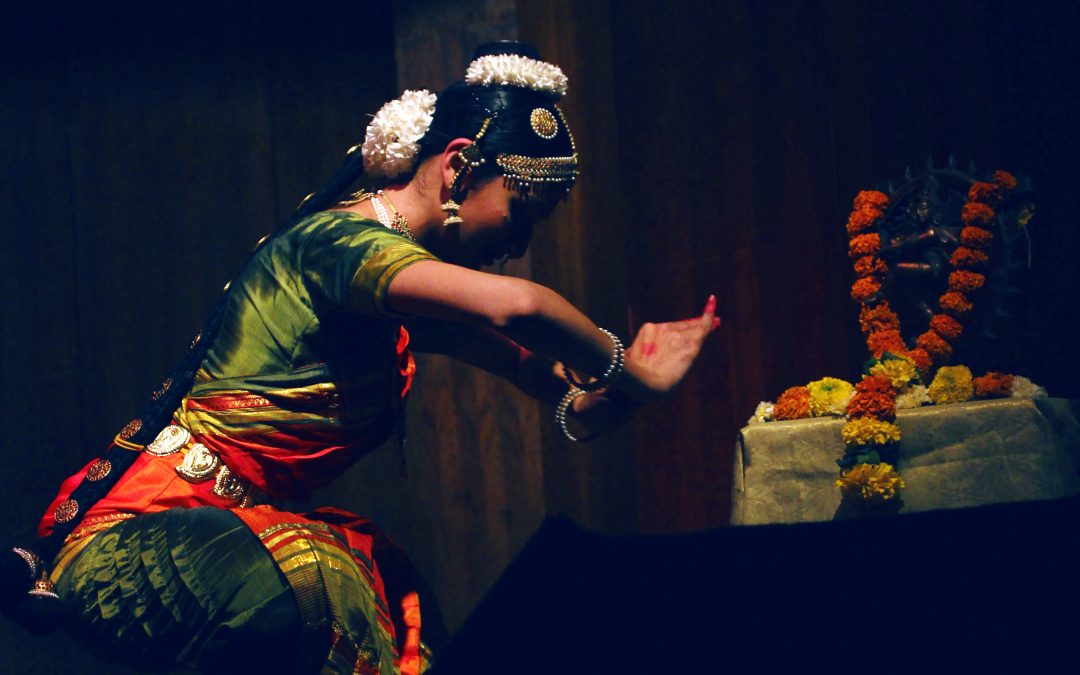 Sharanagati – At the feet of the Gods…

Revisiting the classical dance temple tradition of India, Sharangati is a Solo Production in Bharatanatyam rooted in tradition. Set to the format of a Margam, rare compositions of prolific writers from the 18th century as well as Sanskrit stotras invoke various deities of Hinduism and its three sects – Shaivism, Shaktism and Vaishnavism.

A Choreography of celebrated Bharatanatyam Exponent and Sanskrit Scholar Dr. Sandhya Purecha (Sangeet Natak Akademi Awardee), and performance by her disciple Suhani Dhanki Mody. Suhani is an accomplished performer having completed her Bachelor of Arts and Master of Arts in Dance (Bharatanatyam) with a gold medal from the Bharata College of Fine Arts & Culture, Mumbai affiliated to the Kavikulaguru Kalidas Sanskrit University, Ramtek, Nagpur. She is is a recipient of the National Scholarship to Young Artists from the Ministry of Culture, Govt. of India, a graded-artist with the Doordarshan and has been performing as a lead dancer in her Guruji’s Dance Company as well as a soloist. She is also a well-known television actress having played the lead role of Laachi, in Porus on Sony TV, Madri in Mahabharata on Star Plus to name a few. She is now based in London.

2019 is Akademi’s 40th anniversary year and we want to celebrate the breadth and richness of South Asian dance in the UK. We’ve invited artists to submit information on London-based events that they are planning between April 2019 and April 2020 to form the Akademi Associated programme.