In this blog series, we are inviting artists practicing different South Asian dance styles to contribute some interesting facts about their art forms.

This blogpost on Hasta in Odissi dance is researched and written by Dr Elena Catalano, Odissi artist and scholar. It is part 1 of a two part series. Part 2 can be found here.

The South Asian Dance style, Odissi, uses several hand gestures that are inherited from local performing art traditions in addition to the Asamyukta and Samyukta hasta derived from the Abhinaya Darpana. These gestures are particularly used in abhinaya (expression).

1. Bastra is used to depict clothing and the folding of the saree.

2. Tambula is used to show tiny sprouts, thorns or to represent something small.

4. Bana represents the arrow and is regularly used in the depiction of Lord Rama or Kamadeva. It is also used to represent horns, often symbols of the animal-like nature of asuras, or demonic characters.

5. Sukachanchu is widely employed in Odissi and could perhaps be considered one of the most distinctive mudras of this dance form as it is used both in abhinaya and in nritta. In pure dance, for instance, placed near the chin, it highlights the smile and gives a coquettish touch to the interpretation of the movement.
Sukachanchu is also used to show the plucking of a musical instrument’s strings or to represent a bee, instead of the bhramara mudra found in Abhinaya Darpana. 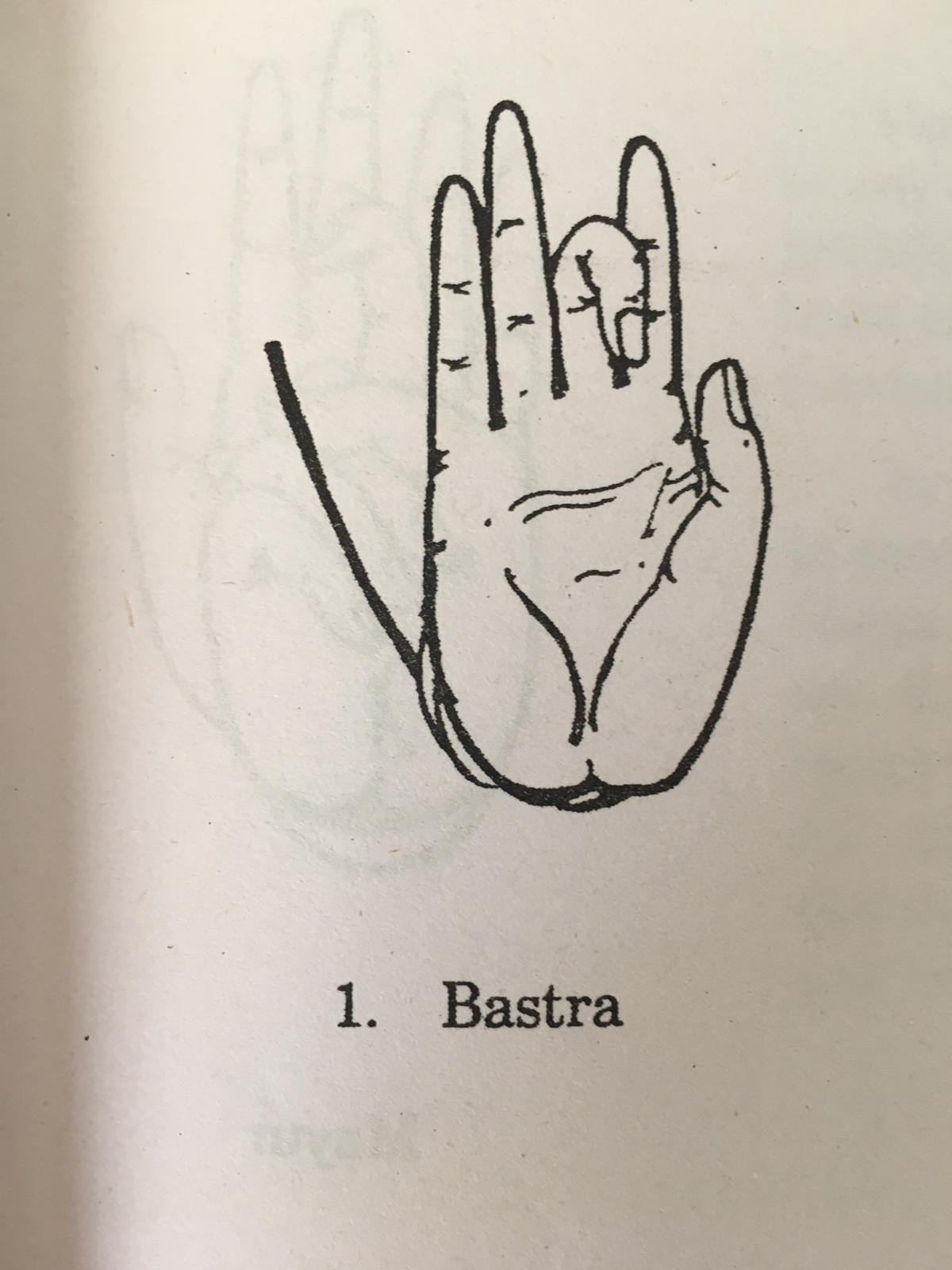 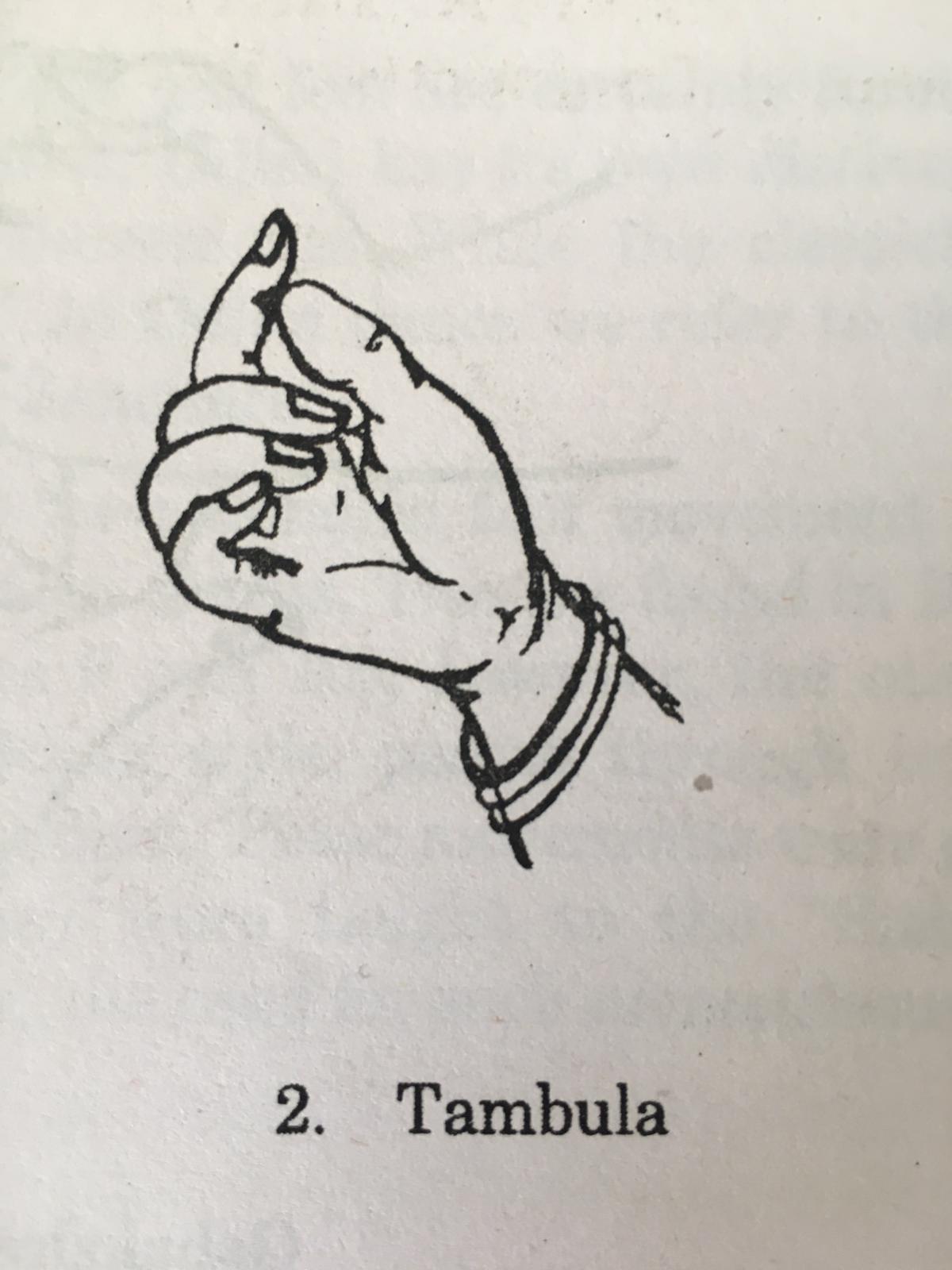 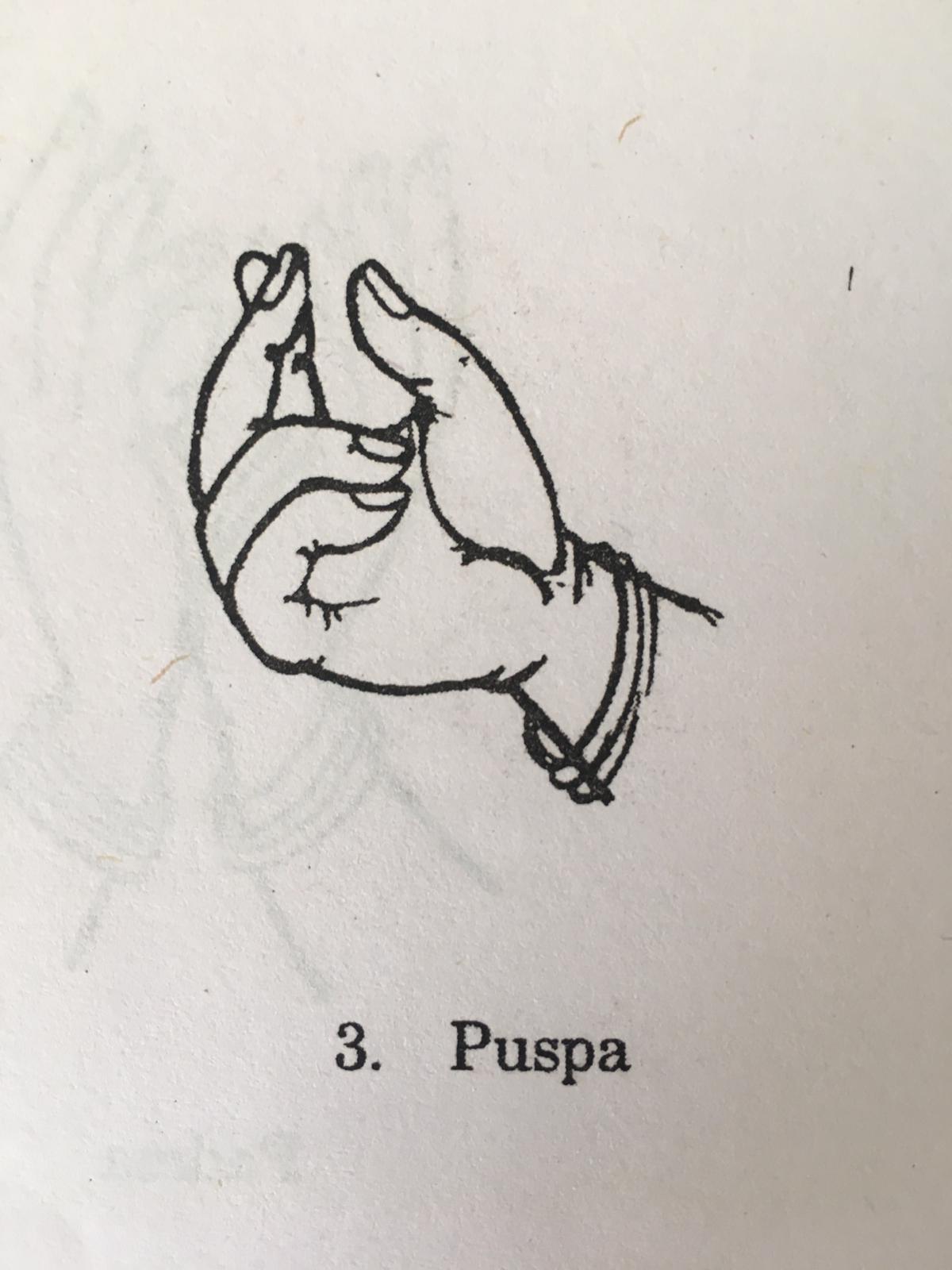 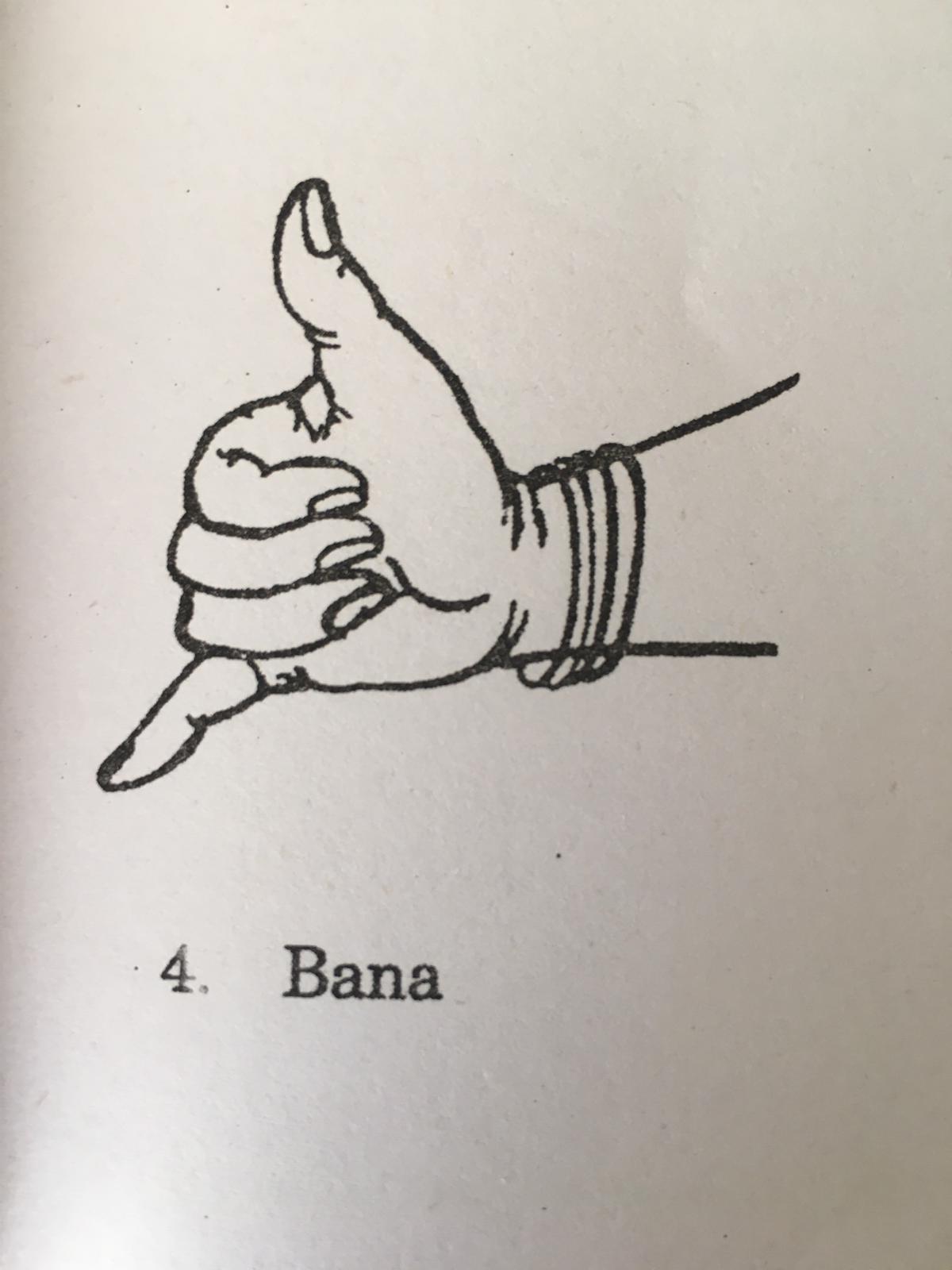 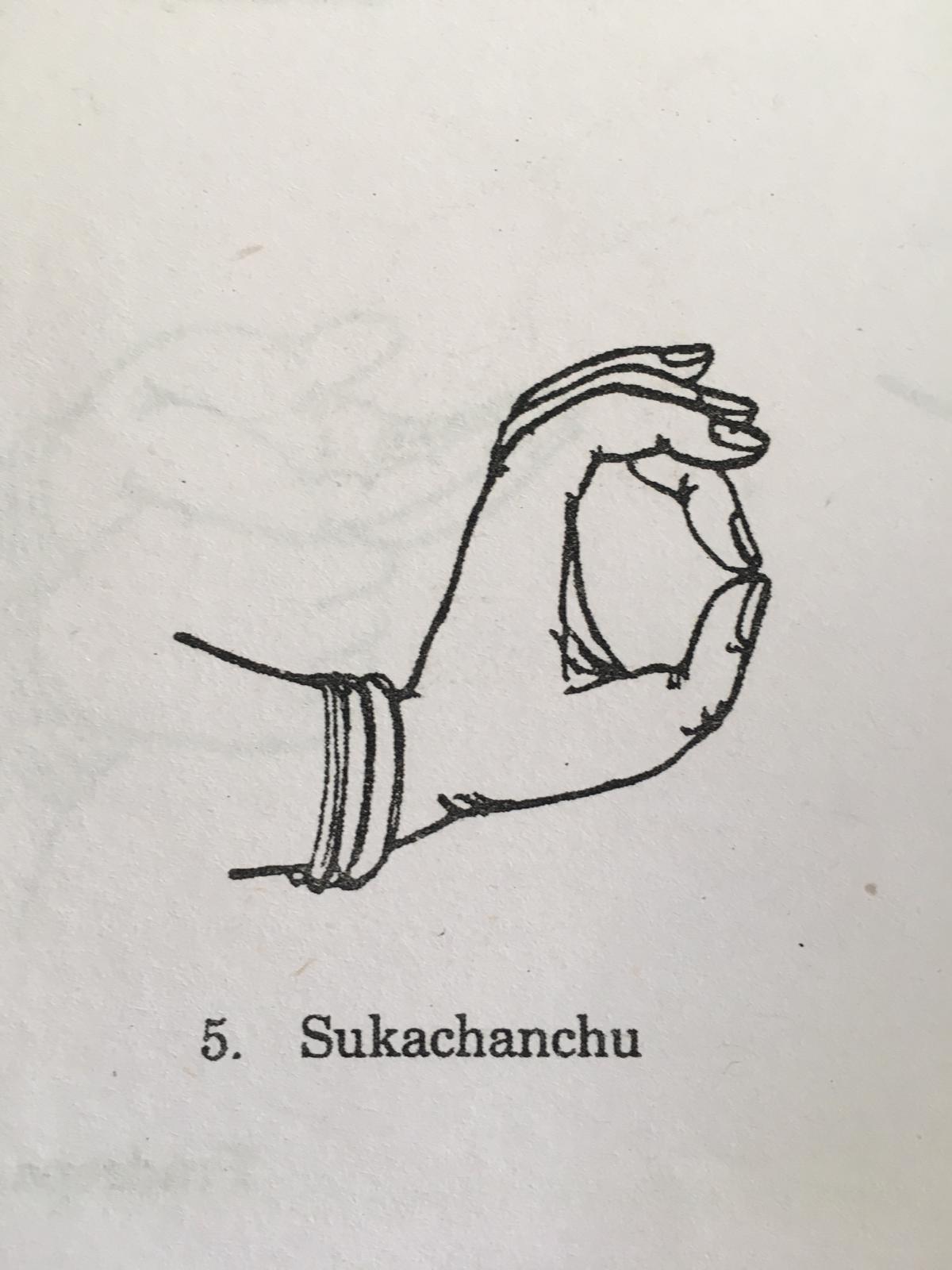 Watch this space next week for five more hasta that are used specifically in Odissi.