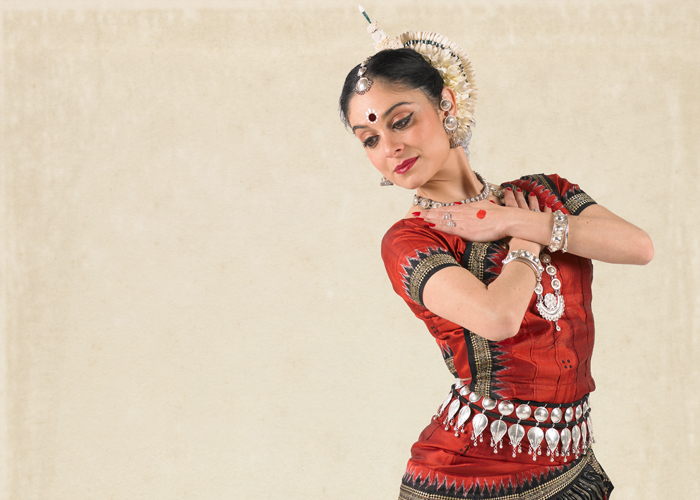 Founder and artistic director of Bhumi, Dr Elena Catalano has established herself as one of the most impressive and influential Odissi dancers in the UK.  Following her PhD at Durham University researching Odissi Training, she lectures at Kingston University where she teaches Odissi, yoga and dance anthropology. Elena has distinguished herself as a dancer and a scholar for her understanding  and fine embodiment of Odissi aesthetics. Elena is a core member of the Odissi Ensemble and Nritya Yuva Award Winner 2017. 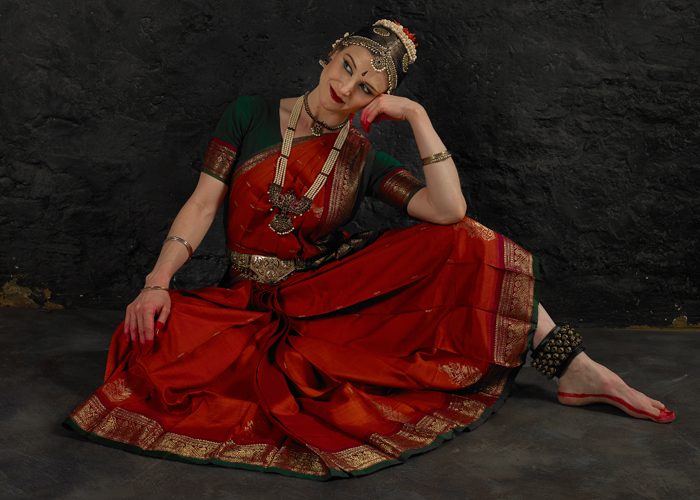 Kamala Devam is a multi-lingual dance artist and choreographer, and Artistic Director of her dance company, Kamala Devam Company. She trained in Bharata Natyam for thirteen years under Katherine and K.P. Kunhiraman in northern California and received her BA in contemporary dance at San Francisco State University. In the UK, Kamala has performed for the London 2012 Olympic Opening Ceremony with Akram Khan Company and toured internationally for over 8 years with Shobana Jeyasingh Dance and other companies. Kamala Devam Company will embark on its first UK tour in Autumn 2018.

In April 2018 Akademi’s DAKSHINA packed a punch with performances from two leading classical Indian dancers in the UK, Kamala Devam and Elena Catalano, accompanied by live musicians.
Elena demonstrated the rhythmic intricacies and the gestural refinement of Odissi through pieces containing abstract dance and storytelling.

This classical dance form originates from the eastern state of Orissa in India. Rooted in the tradition of sacred dance rituals it was performed by temple dancers, known as maharis. Its movement vocabulary is also strongly inspired by ancient temple sculptures.

Contemporary Odissi, however, is a relatively modern form, reconstructed in the 1940s-50s. It draws on folk performing (gotipua dance), martial (chhau) and visual arts traditions (patachitra painting), as well as on Western theatre aesthetics.

“Akademi has supported me since 2011 … they respect and they understand these art forms. They are really equipped for delivering the best product to the audience, in a way that is coherent with the principles Indian classical dance but at the same time really up to date with modern life.”

“The vibration of having live music to dance to completely lifts you up, it’s like an exterior adrenaline for the dancer. It really becomes a sacred art.”

DAKSHINA was at Rich Mix on Friday 20 April 2018. It featured film by James Williams and was filmed by Matthew Cawrey.
Kamala presented three pieces at DAKSHINA; an offering of dance and poetry to five main Gods of Hinduism, the yearnings of a young heroine in love with Lord Shiva, and a bold new piece bringing dance and music into parity on stage.

Bharatanatyam originated in the temples of Tamil Nadu in South India. Meaning of the word Bharatanatyam is derived from “Bhavam” means expression, “ragam” meaning music, “talam” meaning rhythm and natyam meaning dance. It is characterized by expressive hand gestures and elaborate facial expressions used in storytelling.