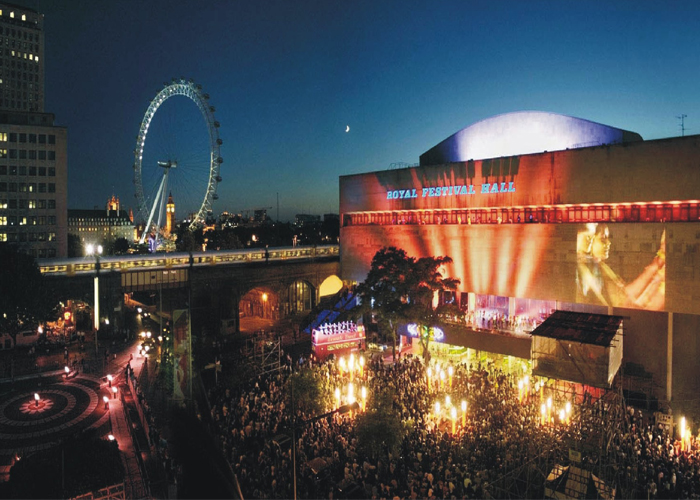 An exuberant tribute to the democratic resilience of pop culture in the UK.

137 artists and performers and 59 production staff perform for an audience of nearly 16,000.

“quite simply the most spectacular outdoor event I have ever seen in Britain in my brief 72 years.”
Paul Bentley

Akademi’s ESCAPADE took the Southbank Centre by storm on 1 and 2 August 2003. Some said the production exceeded the enormously successful COMING OF AGE, which began Akademi’s special relationship with the architecture of this site in 2001.

What it matched in ambition and perhaps scale, Akademi certainly surpassed in daring with this spectacle. With a cast of performers running to well over one hundred, an impressively large production team, and vast spaces teeming with carnival punks, dancers, percussionists and, at the end of it all, fireworks, ESCAPADE couldn’t help but live up to its name.

Showcasing the often ‘invisible’ community and education work that has earned Akademi its respeted reputation, ESCAPADE was an exuberant tributte to the democratic resilience of pop culture in the UK, Urban, British, South Asian cool: for two nights, bollywood kitsch went art-house on London South Bank with an awesome, body-popping bang. 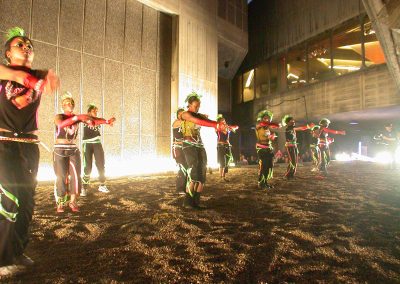 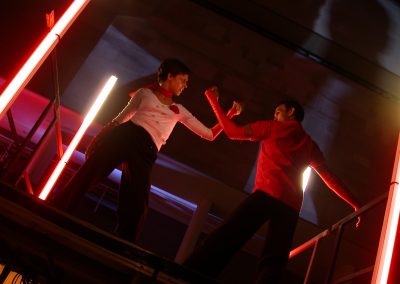 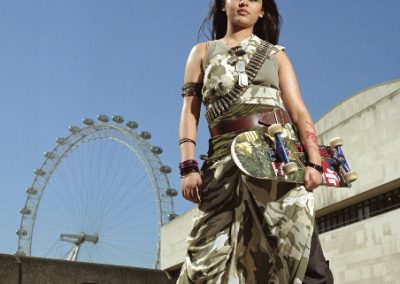