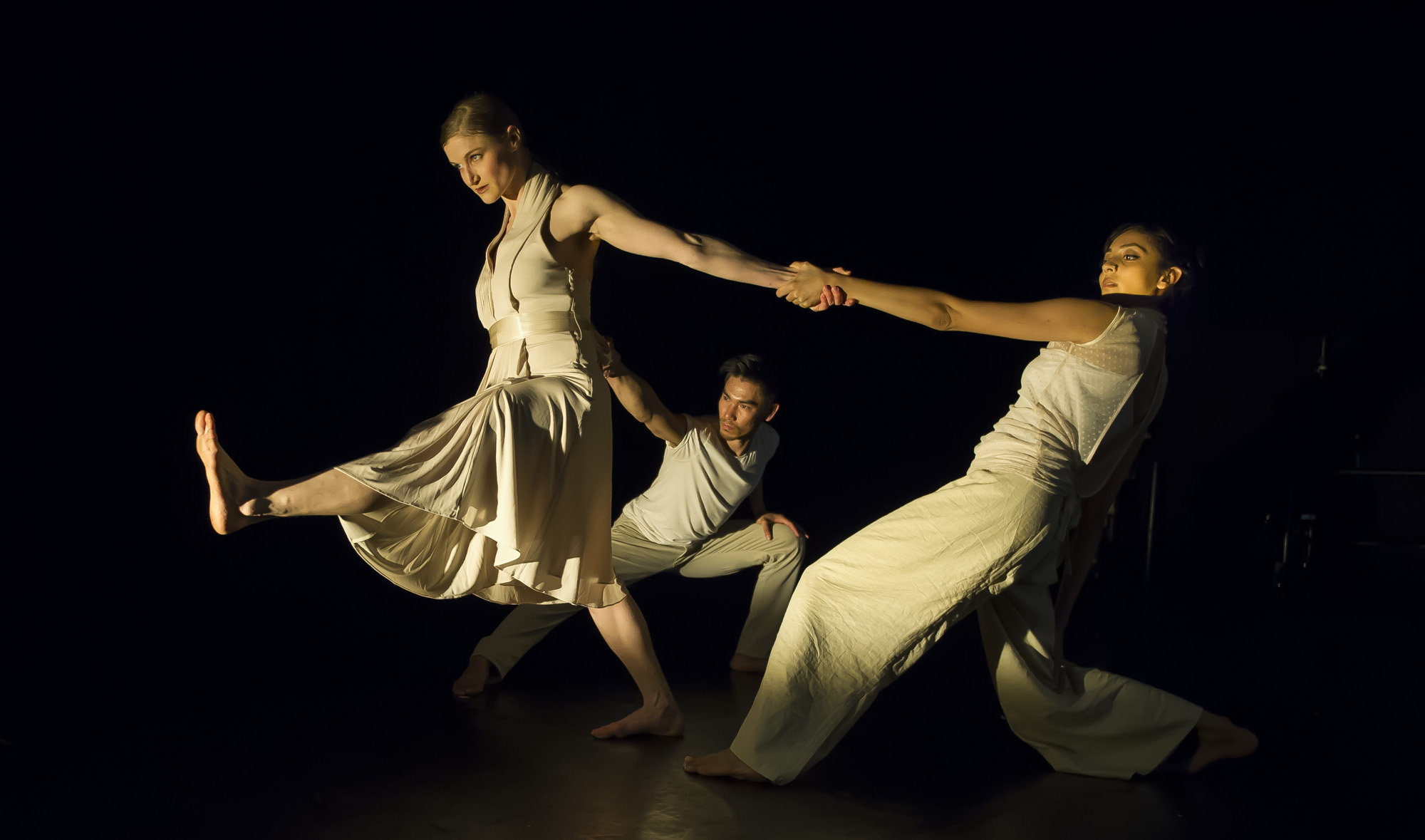 A collaboration between the 21st Century light and space modulation and Indian contemporary dance.

First Light was produced by Akademi in 2012 when it recieved a commission from Jason Bruges Studios and Indian electrical manufacturer Havells Sylvania. It transformed the underused section of Hungerford Bridge in London Southbank Centre through a collaboration between the 21st Century light and space modulation and Indian contemporary dance.

The piece combined the aesthetics of contemporary and Bharatanatyam dance to create a narrative that nimbly jumped from fear of the unknown to discovery and enlightenment. Taking inspiration from the age-old concepts of good overcoming evil, light overcoming darkness and the divine female energy of the Hindu goddess Durga in her nine incarnations, this work evolved through a myriad of different colours culminating in an interplay between dance, music, light and space.

First Light was later updated for a theatre setting, keeping the urban edge that made it so compelling. It was later performed at Purcell Room in Southbank Centre along with Akademi’s Daredevas on 27 and 28 February 2014.